CamperCope: Run with the hurricane

If the theme of Camp Cope’s third album, Run with the hurricane, is personal growth, its core is the voice of Georgia Maq – in particular, a new way to use this voice, to approach it as an instrument, to apply detailed skills in vocal production. Her time for self-reflection during the COVID lockdowns and the vocal cord surgeries she needed led her to this new revelation. We can all reap the benefits.

Besides his magnetic vocals, Maq is also the songwriter, pianist and guitarist of this Melbourne-based trio, with Kelly-Dawn Helmrich on bass and Sarah Thompson on drums, who formed in 2015 and have really got noticed in 2018 with their punk-feminist band. volcano from an album, How to socialize and make friends. Now they’re exploring the quieter, more folksy elements of their sound, elements that have always been there, ready to reshape the foreground.

Don’t confuse softness with weakness. There is great strength in these songs, from the geodesic complexity of Maq’s vocals to Helmrich’s imaginative bass lines. The solid base of Thompson’s drum sound opens up vertically to the highest registers on the first track, “Caroline”, which takes us straight to the heart of things with the words “I saw my own death”.

Some of the best moments lean towards the country. “Blue” is driven by strummed chord progressions on acoustic guitar, backing long, aching vocal lines amid a flicker of brushed cymbals. The melancholic waltz rhythm of “The Screaming Planet” lets Maq’s voice soar in rich harmonies.

The arrangements are based on several styles. The melody of “Love Like You Do”, static as a Smiths song, is driven by counterpoint against a perpetually active bass. “Sing Your Heart Out” doesn’t even pretend to avoid sentimentality, but it works: Maq carves its lines into something profoundly beautiful. Maybe feeling too much isn’t such a bad thing.—Anne E. Johnson

As it has catapulted it from its debut in 1989 to stardom in world music, Sangaré, the most eminent exponent of Wassoulou music from southwestern Mali, mixes traditional and modern influences on its latest release, and with more sophistication than ever. The songs, which she wrote for the most part while living in Baltimore during the COVID lockdown, adapt socially uplifting lyrics in the Wassoulou language to softly melancholy melodies in pentatonic minor mode, giving the music a bluesy cast. .

Sangaré sings the praises of the Wassoulou people and the city of Timbuktu, encourages women to be strong and denounces war, all on driving melodic strains that overlap with propulsive vamping riffs. Other songs are more personal: on “Dily Oumou”, she tells herself not to pay attention to gossip; on “Sarama,” she advises others not to envy her; and on “Kanou”, she states that “nothing compares to love”. The music is uplifting even when it is painful, as on “Demissimw”, where she laments the suffering of mothers and children.

There is a similarity between the pieces, with their repetitive pentatonic figures, but unusual touches of timbre, such as Pascal Danaë’s slide guitar on the title track and Nicolas Quéré’s clarinet on “Gniani Sara”, compensate for a limited harmonic palette. . The effect is bewitching.—Larry Birnbaum 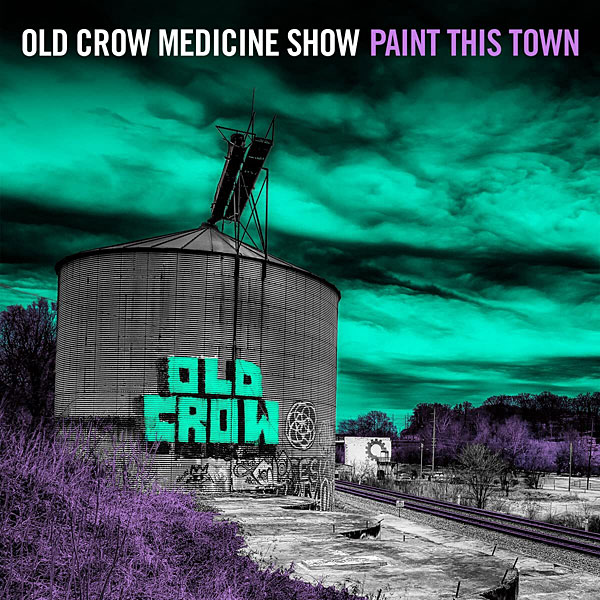 My God, OCMS is a rock band now. For those unfamiliar with the Nashville-based band’s quarter-century of music-making, Old Crow Medicine Show dates back to the late ’90s, a messy amalgamation of early 1920s music (Charlie Poole, Uncle Dave Macon, etc.) . .) and punk attitude and energy, to frontman Ketch Secor’s formative immersion in Bob Dylan. Along the way, the essentially unclassifiable group has gained and lost countless members, been inducted into the Grand Ole Opry, won a Grammy for Best Folk Album (in 2015, for Remedy), and, in spurts, gained a harder edge, a tighter feel, a fuller bottom, and finally, with this album, an honest-to-God professional drummer. paint this townOCMS’ 14th album, is his best to date, which is saying something.

Throughout, one feels the opposing tugs within Ketch Secor of his love and rage against his native South. The only original member of the group, Secor plays several instruments (mainly violin and harmonica), writes A-level songs and has an undeniable charisma. His marriage, to novelist Lydia Peelle, has obviously unraveled, and “Bombs Away” (abusive), “Honey Chile” (desperate) and “Reasons to Run” (borderline maudlin and my favorite) evoke marital wreckage and its consequences. The rest of the album is about things like good outdoor sex (“Lord Willing and the Creek Don’t Rise”), teenage rebellion (the title track), a world going downhill (“Gloryland”) and racism, from the complicity of the Nashville music industry (“DeFord Rides Again”) to the heroism and madness of equal parts prophet (the demonic climax, “John Brown’s Dream”). Sound-wise, I have quibbles: too much echo, especially in the vocals, and the cliched slow-motion ending of the wreckage on the “Painkiller” highway. No matter. This album has been long overdue and will accompany us for a long time to come.—Tony Scherman 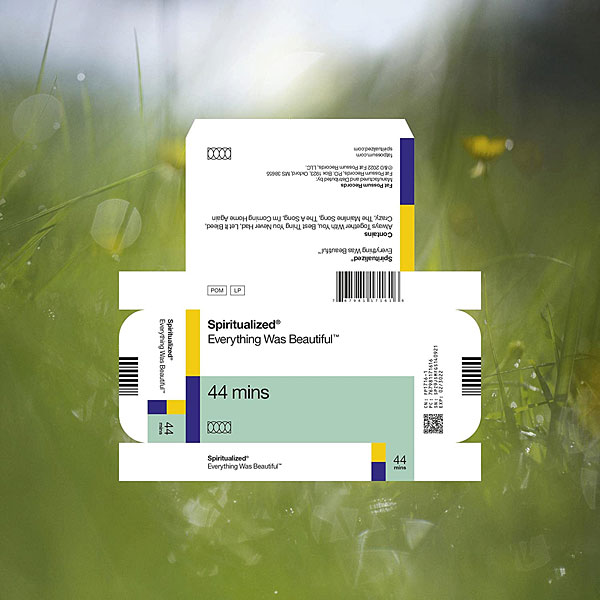 When Spiritualized released their 2018 album And nothing hurts, frontman Jason Pierce, also known as J Spaceman, has announced that he is considering hanging it up. Too many emotional, mental and physical consequences were required to make a Spiritualized album. But the pandemic lockdown has energized Pierce, who thrives in solitude. The result is the ninth album in the band’s 22-year history and a renewal of the marvelous majesty of their famous 1997 tour de force, Ladies and gentlemen, we’re floating in space.

One of the best things about Spiritualized has always been its inherent contradictions. Pierce claims to cherish isolation, but this album is packed with more than 30 musicians – fewer than some previous records, but still plenty. The band’s sound is a house of cards, a mix so complex, as Pierce puts it, that “the slightest movement would throw it off balance”. Yet, he says, what he loves most about rock music is “the simplicity of it”. It’s fitting that his music is labeled as both space rock and shoegaze. He always looks both outward and inward.

The new album’s seven tracks represent their own paradoxes, moving from the nebulous dreampop of “Always Together with You” to guitar-driven psychedelia with a touch of Muscle Shoals-style horns in “Best Thing You Never Had (the D Song), to bounce back into the country charm of “Crazy,” a duet with co-writer Nikki Lane.

“Let It Bleed (For Iggy)” pays homage to Iggy Pop with R&B sweetness, while “The Mainline Song” builds a city out of synthesizers and train sounds.

At almost 10 minutes, “I’m Coming Home Again” is the gravitational center of the album. It starts low-key and loud, building so slowly, spiraling outward from a minimalist melody that eventually becomes a point in a vast galaxy of sound.—Anne E. Johnson

The album that Lars Ulrich considers the “greatest rock record”